Stories that feature animals again take center stage in the books selected by Kansas schoolchildren as the winners of the 2015 William Allen White Children’s Book Awards. 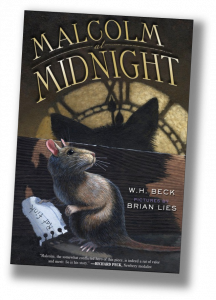 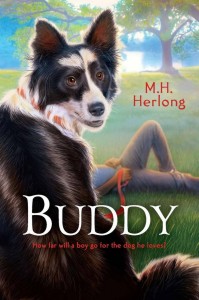 “Malcolm at Midnight,” by W.H. Beck was selected by voters in Grades 3 through 5.

“Buddy,” by M.H. Herlong, was selected by voters in Grades 6 through 8.

Malcolm, the title character in Beck’s book, is a class rat — the four-legged kind with a tail. He’s a pet at McKenna School, and he revels in the attention. Other classroom pets are part of the Midnight Academy, a secret society that works to keep the nutters (schoolchildren) safe. When the Academy’s iguana leader is kidnapped, Malcolm is a prime suspect because rats have a horrible reputation.

“Malcolm came to me as I was researching animals for a nonfiction series I was working on,” said Beck. “I read all these incredible facts about rats — they can fall from tremendous heights and be fine, they can squeeze through spaces the size of a quarter, they can gnaw through cement and lead and glass — and it struck me that rats really were quite amazing. But they have such a bad reputation! I liked that contrast.” The contrast led to “Malcolm at Midnight.”

In Herlong’s “Buddy,” the relationship between Tyrone “Li’l T” Roberts and his dog, Buddy, is the backdrop to a larger story of surviving Hurricane Katrina and rebuilding. Li’l T finds Buddy when his family accidentally hits the stray dog while driving to church. The family adopts Buddy, but when Hurricane Katrina hits their city of New Orleans, the family flees, Li’l T has to leave Buddy behind, and Buddy goes missing. When they return to their devastated home and city, Li’l T refuses to give up on his quest to find his best friend.

The William Allen White Children’s Book Award program began after the famed journalist’s death on Jan. 29, 1944 — Kansas Day — when two memorial foundations were created in his name.  Students cast their votes for their favorite books from the list of nominees in April of each year.

Be a fan of the Scott County Library 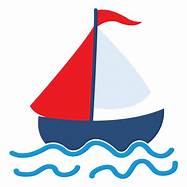